Most people are familiar with the men who have contributed towards history but not quite enough recognition is given to the women, whose journeys are even more profound simply because they’re women! Below I pay homage to 9 women whose stories have inspired me.

The most brilliant woman scientist in history. If her two Nobel prize wasn’t enough, her quest to attain higher education was truly inspirational, she didn’t allow the fact that she was a woman stop her. She was patient, focused and devoted; the ultimate recipe for success. Her perseverance paved the way for all women scientists like myself. 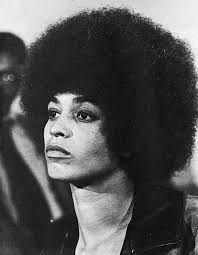 She is a living witness to the fight for equality and social reform through her personal experiences and also her in-depth knowledge in the areas. I admire the fact that she’s an intellectual who’s dedicated to sharing that knowledge and empowering others. Her bold approach to life and activism starting at such a young age is admirable. The more injustice she experienced and witnessed made her more driven, a living legend.

From the early beginnings in her boutique Chanel Modes making hats, Chanel has become a top luxury design house today.

Her vision was to create a new era of fashion where women weren’t constricted by the corseted silhouette and were given the chance to embrace their sexuality. Her designs were feminine and chic with a boyish edge by use of jersey material. She invented the “little black dress”, a fashion statement that is a personal favorite and will live on.

The ultimate rule breaker who truly lived life to the fullest without regret, whose violet eyes, stunning beauty and unparalleled acting captivated the hearts of many. Although she is known for her obsession with diamonds, numerous marriages and scandalous love affairs, her greatest legacy lies in her extraordinary work in advocating for finding a cure for HIV/AIDS, being one of the first celebrities to speak out and take action.  She embraced those who were shunned and rejected, through all the ridicule and illnesses she triumphed; a true survivor.

Her bold decision to not surrender her seat in the ‘black only’ section to a white passenger ignited the fire for the fist of many acts of not ‘giving in’, the first being the Montgomery bus Boycott. Life after her arrest became exceedingly difficult but she continued her work to end segregation and advocate for black freedom. She has been presented with many prestigious awards for her contributions and was coined the term “the first lady of civil rights“.

I remember hearing and loving many of her songs not knowing who the distinctive powerful voice belonged to; songs that flutters through your body and resonates within your soul. And for that she was given the moniker “high priestess of soul”. She used her platform to speak out against racial inequality. Her legacy is one of empowerment, liberation and love.

The true creditor of the DNA structure, if it wasn’t for her discovery  Watson and Crick would not have gone on to make their famous model. She was all about the science, focused and never allowed the deceit to distract her.

DNA is what makes us unique and DNA profiling has revolutionized Forensic Science. Her research on DNA coupled with X-Ray crystallography set the foundation and made it possible.

Her efforts to free the enslaved after escaping is one of courage. After leaving her family behind she was determined to go back and free them along with other enslaved people via the Underground Railway. It is said that she freed over 300 slaves within 11 years, nicknamed “Moses” having never lost a life. She dedicated her life to leading the enslaved to freedom although it meant living an impoverished life.

With over 16 years of experience dedicated to working in the crime lab, she has worked over 7000 crime scenes and has seen it all. Her successful career made her the inspiration behind Marg Helgenberger’s character on CSI:. She is also the star in TNTs real life drama Cold Justice, one of my favorite shows.

1 thought on “A Few Good Women”

This site uses Akismet to reduce spam. Learn how your comment data is processed.